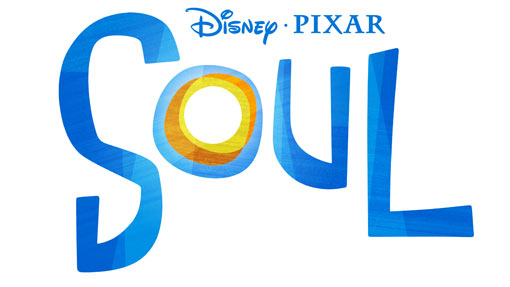 Rated PG for some language and thematic elements

Ever since they were founded back in 1986, PIXAR Animation Studios has often looked to utilize their animation and storytelling skills, in unexpected ways. 25 years ago, rather than adapt a fairy tale or do a musical like The Walt Disney Studios, they created an original film about toys that would surprise many of us.

Since then, they have often looked to do concepts most would never consider. From culinary rats to a dystopian romance between two automatons, they have (usually) sold us on their often unusual ideas.

Five years ago, writer/director Pete Doctor took one of the studio’s biggest conceptual leaps with his film tied into the human mind (2015’s Inside Out). And now at the tail-end of 2020, in a world where life-and-death seem balanced on a knife’s edge on a daily basis, he tackles another concept that no other studio would dare consider.

Musician Joe Gardner (Jamie Foxx) has spent his life longing to hit the big-time, and become a successful Jazz musician. However, just when his dream is poised to come true, an accident sends Joe into an out-of-body experience.

Determined to get back to his body, Joe ends up in a place called The Great Before, where souls are prepared to be sent to Earth. Taking on the role of a mentor, Joe is assigned to the troublesome 22 (Tina Fey), a soul who has spent a long time refusing to find anything worthwhile about living.

Even so, Joe is willing to try anything (and everything), if it can mean him getting back to make his big break.

To most of us, Pete Doctor has created some of the studios’ most memorable films. His work on Monsters Inc paved the way for even greater success with Up in 2009. As I went over his films, I felt that Doctor tended to do quite well when it came to emotional beats (the relationship between Sully and Boo still stands out), but in regards to the connective tissue of his films, it often feels like he’s jamming together a lot of ideas and such, that get a little too cumbersome to achieve equilibrium (just how did Charles Muntz survive for so long in Up, anyways?).

While I did feel Doctor made strides in Inside Out to try and pull together a more cohesive storyline, I have felt that maybe in some cases, he gets a bit too enveloped into the worlds or concepts he wants to tackle, and that can cause little kinks in his stories in places.

As a character, Joe Gardner may put some in mind of Up’s Carl Fredericksen. Both are people who hold on deeply to a dream, and can come off as a bit obsessive when it comes to making that dream come true. Joe’s passion for Jazz and his own daily struggles were something I could latch onto though, but it did feel at times that Joe ends up maybe being used a bit more for comic relief than he should.

In the case of 22, I feel Tina Fey does decent work with her character, but like Joe, it feels like maybe there could have been a bit more to her than what we get. 22 is portrayed almost like someone who has had the world explained to them through virtual reality, but is someone moreso able to learn-by-doing. There are some fun little moments of interaction she has with Joe on her journey, but it felt like she just needed something extra to really make her stick with me.

For most of the film, we alternate between the Real World environment of New York City, and the more abstract visuals of The Great Beyond/Before. Much like Doctor’s alternating environs for Inside Out, the artists and technicians at Pixar once again assault our senses in a number of ways that will inspire and amaze. Each place also has hyper-stylized figures, with New York filled with caricatured humans, and The Great Beyond/Before filled with flat/abstract beings (most of them named Jerry). A highlight is the soul-counter named Terry (voiced by Rachel House), who is determined to find Joe.

Soul also marks the first time some new musicians and composers have been brought into the mix, with a soundtrack that tag-teams Jon Batiste doing Jazz arrangements for the film, and Trent Reznor and Atticus Rose using their electronic music skills to set the mood of the The Great Beyond, and some of the quieter moments. It’s an unusual mixture of sounds and instru,entals that is quite a lovely breath of fresh air from some of the more regular composers we’ve heard. A highlight is one track where all three men manage to combine their skills into a piece that is one of the more memorable musical pieces I’ve heard all year.

To me, Pete Doctor is not a bad director, but I just wish his storytelling and filmmaking skills would rise to the levels I’ve seen from other directors like Brad Bird (The Incredibles), and Lee Unkrich (Coco). Soul weaves a tale about how our experiences and movements through life tend to make us who we are, but stumbles on it’s way to greatness (in my eyes).

When Doctor hits us with the emotional moments here (like with Up), those will be what washes over most viewers. However, in the process of doing this, he manages to easily distract from the flimsiness and flaws that are often a part of his storytelling process. After 2 decades, I’m starting to think this may just be the way Doctor is “wired” into filmmaking.

One response to “Movie Review: Soul”