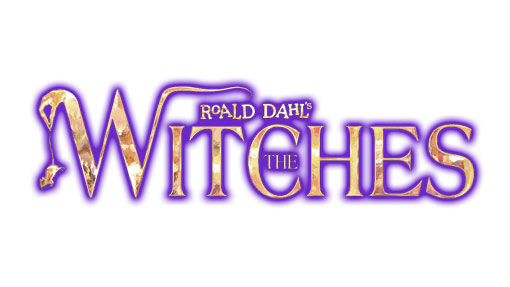 Though Roald Dahl’s The Witches was adapted into a feature-length film in 1989, the famed author was heard to have greatly hated the direction the adaptation took (word was, he even found fault with the 1971 adaptation of his book, Charlie and the Chocolate Factory). One has to wonder if director Robert Zemeckis (Back to the Future, Who Framed Roger Rabbit) breathed a sigh of relief, knowing that the author wouldn’t be slipping him notes on this latest adaptation.

Moving the story’s setting to the American south in the late 60’s, the film’s lead boy (played by Jahzir Bruno) ends up in the care of his grandmother (Octavia Spencer) after losing his parents. When the boy encounters a strange woman one day, grandma claims he encountered a witch, and takes him into hiding at a fancy resort hotel…not realizing it is the planned meeting place of numerous witches, and their leader: The Grand High Witch (Anne Hathaway).

Bruno plays his role of the unnamed lead pretty well, showing a traumatized young boy who is coaxed back to life by his Grandma, but then must deal with a new problem in his life. Unfortunately, there seems to be a strange difference in attitude and energy once he becomes a mouse, as if he’s gotten an adrenaline rush from the change. Maybe if the film had shown him at these same energy levels as a boy, it might have worked better for me.

Octavia Spencer was one of the highlights of Pixar’s Onward earlier this year, and she does well playing a grandma that can be caring, but also doesn’t put up with much guff. There also is a strange malady the story afflicts her with that never feels like we fully get a payoff on, let alone her being referred to as a healer almost as an afterthought.

One role that I think many will be most curious about, is the latest iteration of The Grand High Witch. Unlike the more serious take in the 1989 adaptation, Hathaway’s characterization ping-pongs from creepy to campy at times, with enhancements that rely a little too heavily on Zemeckis’ computer-generated imagery. Even so, there are some images shown that I could see terrifying little kids (in much the same way Zemeckis terrorized us with Judge Doom in Roger Rabbit), let-alone some close-up shots that I feel were indicative of a possible 3-D theatrical release before COVID-19 happened.

The screenplay crafts a much different world than the book, one where the main target of witches are out-of-the-way minority children, while under the guise of wealthy, beautiful women. It feels like the story could have explored this social topic a little further, but the film seems to be in a rush to get us to the more memorable parts of the story. Throughout the film, “the bones” of Dahl’s story are pretty much intact, and I even saw a few things from the book that surprised me.

One of the things that the viewer may find rather annoying, is that the story is largely told with a narrator. It almost feels like the story was forced down this path to help along younger viewers, but it is probably the most “overkill” thing in the entire film.

There also is an over-reliance of computer-generated effects at times that can take the audience out of some scenes (did we need a CG cat, Bob?), let alone some effects scenes that feel like they needed a little more time to be perfected. It does seem odd that we have what seems like a real-looking mouse, and yet when the lead is turned into a mouse, he becomes a bit more, “cartoony” in appearance.

Much like with Charlie and the Chocolate Factory, one can just imagine a bunch of “1989 vs 2020” debates regarding which of the adaptations of this work is better. While I had my trepidations about Zemeckis making this film (his 2018 release Welcome to Marwen left me very nervous about his future), I was surprised by how entertaining it was for most of the time. It does manage to stick to the basics of the story, while never straying too far. And for those who are fans of Dahl’s work, don’t be surprised if you find a few little ‘easter eggs’ hidden within the film.

Even with the film being passable however, I still will wonder what the film could have been like, when Guillermo Del Toro (Hellboy, The Shape of Water) was attached to direct it as a stop-motion project over a decade ago.